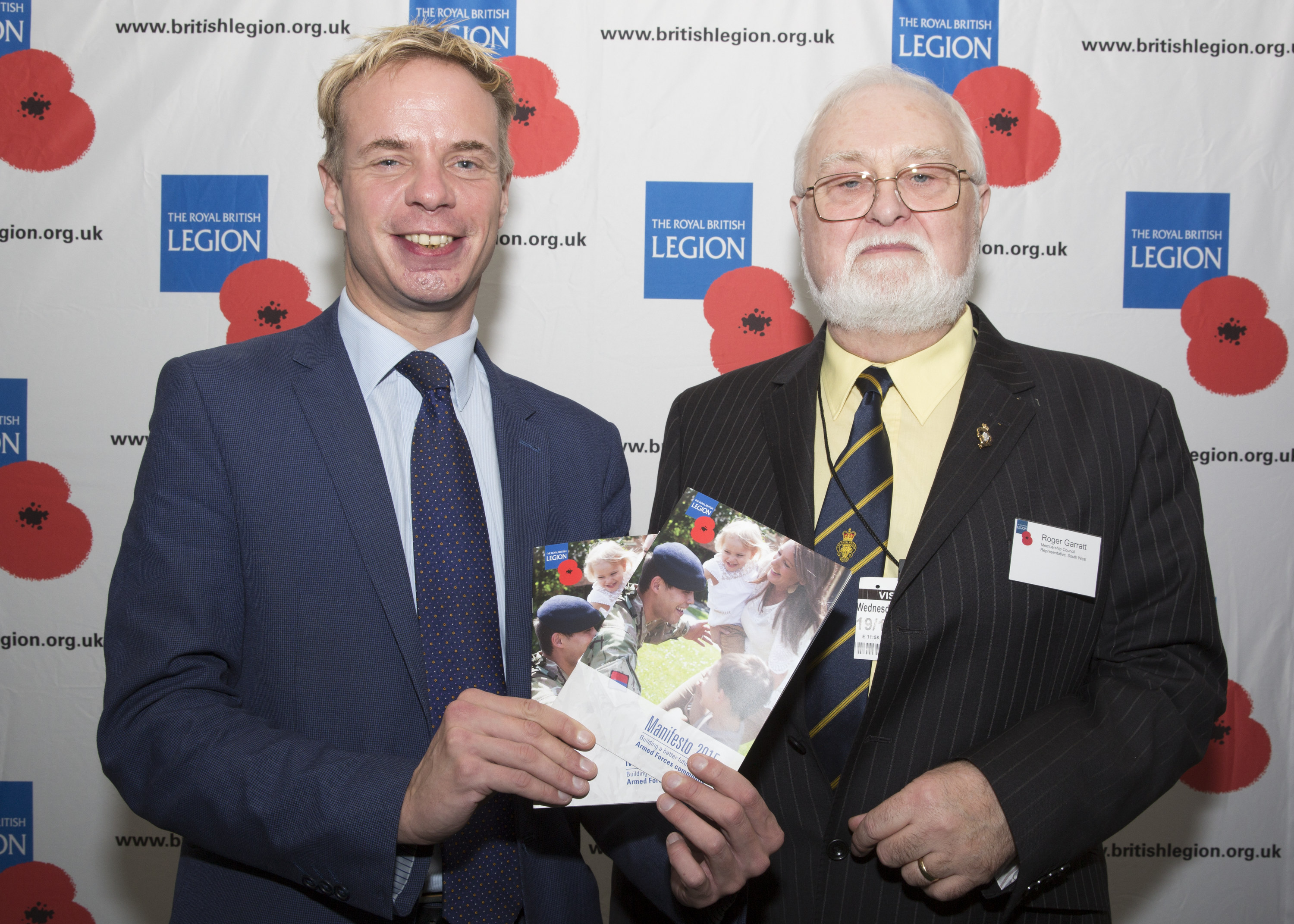 The Royal British Legion has thanked Stephen Gilbert, MP for St Austell and Newquay, for taking the time to meet with Legion Area Manager, Dymphna Knowles.

The Royal British Legion is the country’s leading welfare provider for the Armed Forces community, and last week local MP Stephen Gilbert attended an event in the Houses of Parliament dedicated to showcasing the Legion’s work throughout the South region. Stephen used the opportunity to discuss with Dymphna Knowles the changing face of Armed Forces welfare provision in the local community, and to understand more about the most pressing issues facing our Armed Forces.

The Legion’s recent household survey of the ex-Service community has revealed that veterans are more likely than other citizens to be unemployed; to report hearing difficulties; to have higher rates of alcohol dependency; or to experience back pain and limb problems. A small but significant minority of the working age community are also struggling financially. The Legion is helping to meet this need through a range of services, including an independent money and benefits advice service, an online training and employment resource, and a network of care homes and break centres. It also recently recommended a series of policies in its 2015 Manifesto publication, many of which directly address the above issues.

Dymphna Knowles, the Legion’s Area Manager for Devon and Cornwall, said “It was great to see Stephen; we really appreciated him taking the time to drop in. As a result of the public’s ongoing support and generosity, The Royal British Legion was able to answer more than 200,000 calls for help last year from the Armed Forces community. Most people don’t realise the extent of our direct welfare support for Serving and ex-Service personnel and their families, nor the research and campaigning that we do on their behalf, so we were delighted to tell Stephen about the range of things that we do to help these people live on”.

Stephen Gilbert MP said, “I was really pleased to meet my local Royal British Legion Area Manager. Dymphna made it clear that the Legion’s work extends well beyond the Remembrance period. Providing assistance to members and former members of the Armed Forces who have been injured, or who need help in other ways, as well as their families, is a 365-day-a-year job. As a nation, it is vital that we honour the sacrifices made by our Armed Forces, and I’m proud to support the work of The Royal British Legion.“In this Centenary year of the outbreak of World War One, which of course gave birth to the poppy as a symbol of Remembrance and hope, I was reminded that the work of the Legion remains as important as ever for our Armed Forces community; whether that’s honouring the memory of the fallen or building a better future for the living”.