Councillors Joanna Kenny, Dave Sleeman and Paul Summers have worked with Newquay Town Council granting the Council the money to purchase and install the bins – and to get them emptied on a regular basis.     The bins have been installed in Pentire at Lawton Close Green , in Treloggan on the path just off Dale Close and at the Porth Bean road green opposite St Columb Minor Post Office.

Councillor Joanna Kenny said “All litter bins can be used for both litter and doggy poo bags so I’m a great believer in putting a bin in any green area that attracts dog walkers. It makes good sense to work as a team on this sort of scheme as that really cuts down on the administration costs – not to mention the Town Council managing to negotiate a discount based on a bulk buy. Despite the cost taking quite a large chunk out of our Community Funds, we  believe that providing extra bins in at least some of the places where they are clearly needed provides a real long term benefit to the Community.

Councillor Dave Sleeman added “"I asked the Residents Association to choose the location for the Treloggan bin.   And they were quite right; checking the bin a few days after installation it was pleasing to note that it is being well used.   Litter and bagged dog excrement, however, was still evident close by. No Excuses – Bin it!

Councillor Paul Summers said “I know, I know, it is only a bin. But if I say I’m going to do it, as I promised during my election campaign,  then I will.  I held a lovely opening ceremony for the Minor bin and my grandkids christened it with some of the first rubbish.

Thank goodness it is getting emptied regularly!” 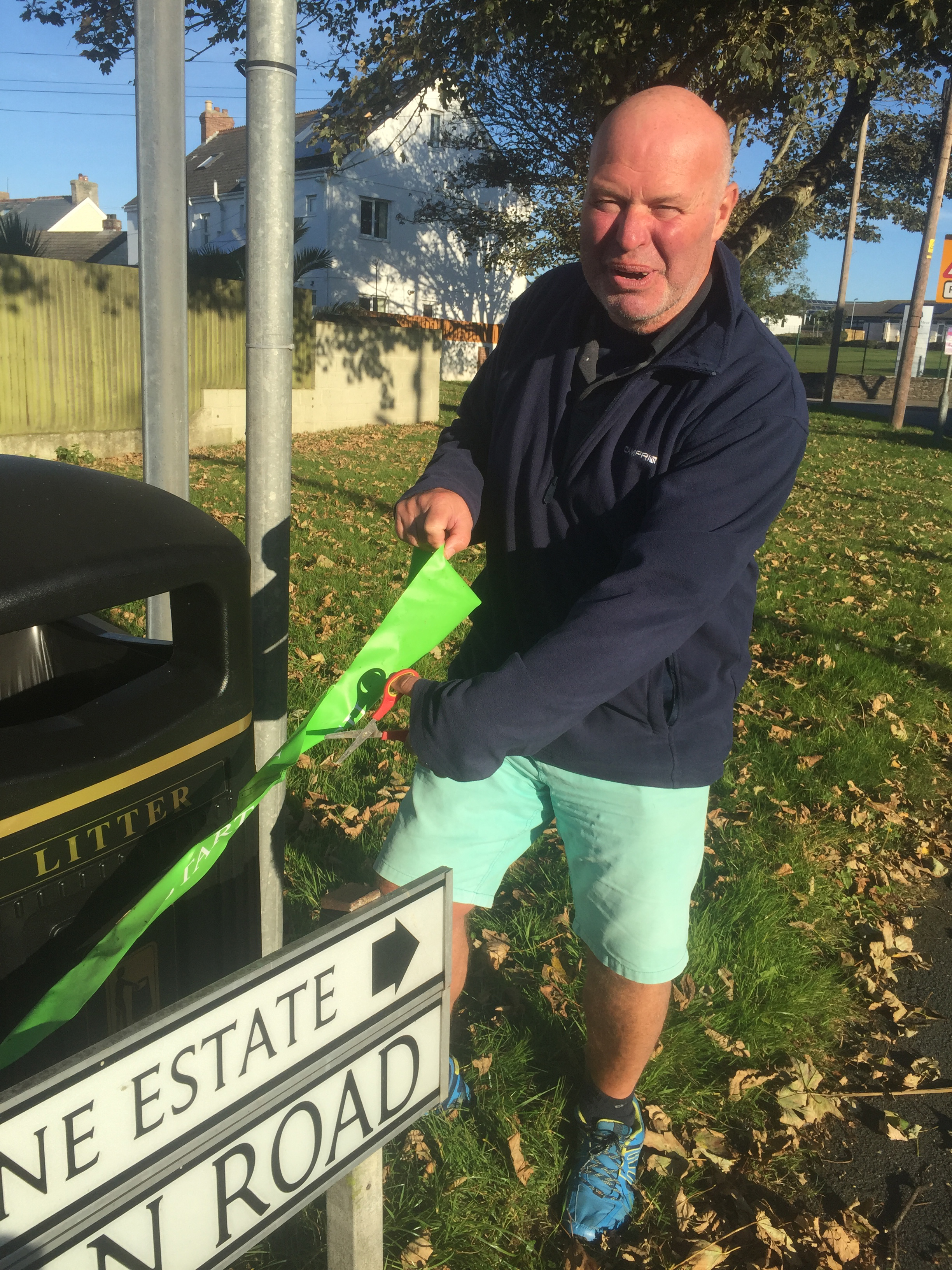