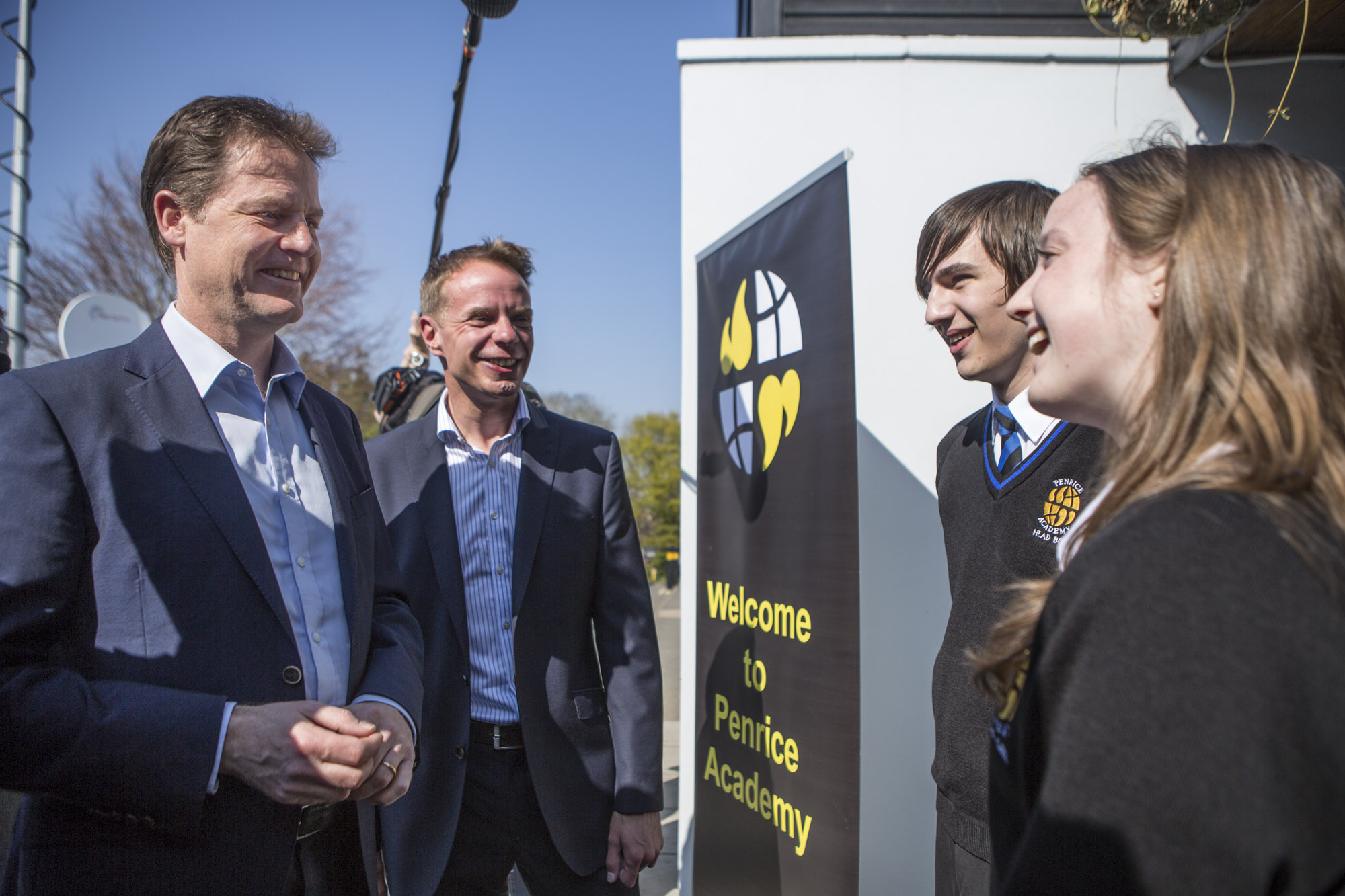 During a visit to Penrice Academy in St Austell, the Leader of the Liberal Democrats and Deputy Prime Minister, Nick Clegg, slammed the Tories for their plans to introduce lower regional pay for public sector workers during the last Parliament.

Their plans, which would have led to lower wages for teachers, nurses and other public sector workers in Cornwall were stopped by Lib Dems in government following a campaign started by local MP Stephen Gilbert.

Stephen launched the campaign in St Austell days after George Osborne’s announcement in the 2012 budget and secured the backing of thousands of workers, trade unions and other MPs - eventually leading to Nick Clegg and Danny Alexander pulling the plug on the plans in government.

“The Tories damaging plan would have affected everyone in Cornwall as it further forced down local wages and served as a disincentive for our children to stay and work in the region.

“I was proud to lead the campaign which stopped it. This is just one example of the difference that the Liberal Democrats were able to make in government - acting as a progressive, centrist force to help local families and stop the extremes of the Conservative Party.

“This is exactly why we need Liberal Democrat MPs in Parliament again after May - it is the only way to stop a right-wing majority government. The Tories are desperate to win this seat. If they succeed, they will be free to implement their dangerous plans either as a majority or with the backing of UKIP and the right-wing DUP.”